Fantasy arcade beat em up action awaits you in GMOTA, tear through the hoardes of monsters with powerful melee weapons and special subweapons!

3 playable characters, each with a unique set of weapons, abilities, and subweapons! (One more hero to come in the future!)

20 different monsters to slay, along with a revamped cast of foes for the extra hard difficulty!

A music randomizer that features a crapload of old SNES and NES tunes, along with a shuffle button

In order to play GMOTA you will first need to get ahold of the Doom 2 Iwad, along with a sourceport: You can either grab GZDoom or the latest version of Zandronum (just hit the get latest version button on the upper right!)

For ease of loading GMOTA and any custom mapsets you might want to load along with it, I recommend ZDL which can make this process much smoother.

As for mapsets I recommend Scythe 1, Scythe 2, Brotherhood of Ruin, and Epic, though you can load it with whatever you please

I love me a good wacky DOOM mod. Bless you, my dude.

This mod basically takes other games that were contemporary to Doom, and meshes them with Doom seamlessly.

All that's left, at this point, is Sega Genesis / Megadrive based content.

This mod is beautiful..all it needs now is a barbarian wrestler.

Dude, I hope you continue this because this is ace stuff

I'm actually working on the next big update now! Should have a new playable character soon enough.

Looking forward to it. Great work and thanks.

Need more maps made for this mod that also fit the theme.
Its a blast to play overall just running out of maps to play on.

Oh and Sega Genesis sounds/music need love too.
Also playable dragon that can claw and pounce? Eh just throwing that out there.

You could always run it through some maps that aren't exactly medieval themed. Vrack 1, 2, and 3 are all my gotos for playtesting mods and they're all really intense and a lot of fun. Funny you should mention sega genesis stuff and a dragon character, I'm planning on adding a Kobold character in a later update that will have a Sega Genesis sound theme, so music and sounds from Sega games, though rather than claw and pounce he's gonna throw arcing flask bomb weapons and shoot stuff with a crossbow.

Glad you're enjoying this.

Thanks for the reply.
True no reason other maps without the theme could work. I'll try out Vrack sometime, thanks for the suggestion.
I really should dig up more or learn to make some already.
I'd suggest http://www.project2612.org/ as a great Genesis music resource (web player too) if you don't already know of it. Dragon Slayer, Dragon's Fury, Devilish, maybe Monster World 4, some of Cosmic Carnage, maybe a bit of Contra Hard Corps, might fit well. Most games have a Sci-Fi style though. I'm sure you have your picks just thought I could mention a few. Dark Sci-Fi stuff works great for dark demon battles though. Oh there's also Golden Axe 1/2/3 but that's obvious. Burning force might fit in a way, good soundtrack there too.
Kobold sounds great atctually, didn't know you were still actively adding to it so best of luck with that.
Tempted to get into map making and try an arcade like (maybe multiplayer co-op balanced) scripted map set for the mod but I have a lot to learn modern GZDOOM mapping wise.
Thanks again for the mod, it's been some much needed stress relief on the go on an android port of Zdoom this year. (works well btw but needs a gamepad/mouse keyboard of course)

you know who would be a good character in this, Duke Nukem, he time traveled before so it would kinda make sense 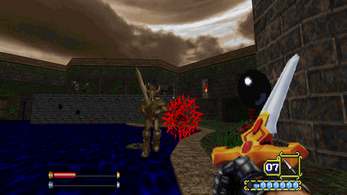 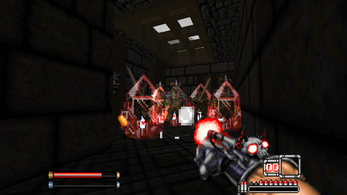 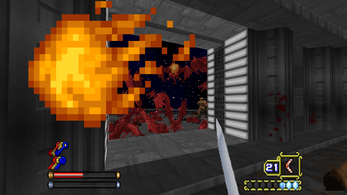 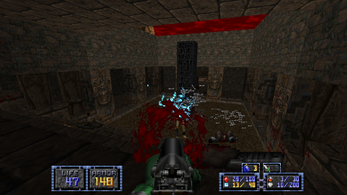 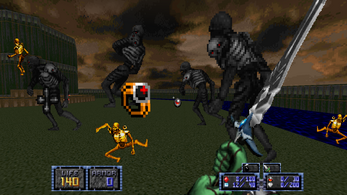